Are You Taking All 12 Leadership Actions?

Leadership is a set of actions. There are 12 key actions and each action is relevant at a certain phase in the change cycle. Knowing where you are and having all 12 actions as touch points is the key to effective, congruent and conscious leadership.

WHEN IT comes to the question, What is leadership?, most answers will include the words challenge, motivate and inspire. I don’t have the numbers, but my guess is that the prevalence of each of those words has shifted from one to the next respectively over recent decades. 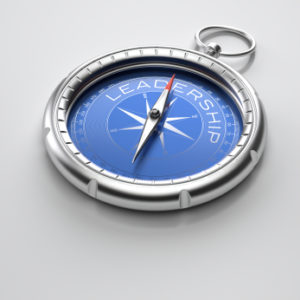 Inspirational leadership has taken over from motivational leadership styles, evidenced in parallel by the shift from motivational speakers to coaches. Motivational styles in turn took over from the imperative to challenge people by presenting them with the facts of what they had done or not done – the old headmaster approach to leadership. Even earlier, in a bygone era, the primary leadership term was implement. This one reminds me of my late father, who was a pre-Baby boomer: “Do it now or it won’t get done.”

These words are all verbs and imply, quite correctly, that leadership is represented by actions. Actions imply movements from one position to the next. Change, in other words. The late MIT professor Will McWhinney identified 12 leadership actions, each one relevant at a different stage of a change cycle, and each one with its place.

1. Inspire The word inspire represents a movement from vision to people. It’s about getting people to buy into a vision. As Antoine de Saint Exupery said, “If you want to build a ship, don’t herd people together to collect wood and don’t assign them tasks and work, but rather teach them to long for the endless immensity of the sea.” With inspiration you get people to carry the vision for you. You would not tell them how or when, they would decide that for themselves. This is the leadership trend at the moment and is well suited to the influx of Generation Y employees who won’t shift as easily for instructions as generations past did. Still, it is only one possible leadership action.

2. Motivate Motivate is a movement from people into the world of results, where hard facts can be measured. It’s about getting people to do things and would probably involve something about how and a deadline as well.

3. Challenge This is the exact reverse movement of motivate and implies accountability. This is when you take the facts back to the people and ask them if they measured up.

4. Vitalise This is a movement from the rules, the policies, the procedures, towards the vision. It is the action that a king, with a long-term view in mind, would be required to take in sending out his lawmen to enact his policy decisions.

5. Convert The same king may have to convert his people to believe something, for example that he is the rightful heir to the throne, their supreme ruler, or that his new tax laws will serve them in some way, for example by keeping them safe from foreign invasion.

6. Implement This is the movement from a plan, which will also involve policies and procedures – the way a thing must happen – out into the world of hard results, and facts.

7. Test The movement from the world of hard results, or facts, back to the policy makers is the leadership action of testing. A good leader will always be willing to test his results against what he has determined.

8. Translate Moving from facts back to vision is the leadership action of translating. This is like the story of the two shoe salesmen who each send a telegram back to head office following their visit to some far-flung place. “Waste of time,” says one. “Nobody here wears shoes.” The other one translates the facts into a different vision; he sends back: “Great opportunity. Nobody here wears shoes.”

9. Persuade This is a movement from the people to the rule makers. It is the fundamental action of democratic leadership where the leaders are willing to listen to the will of the people and allow the people to persuade them. Or a leader who cares for the people persuades his policy makers. For example Nelson Mandela persuaded his policy makers not to get rid of the Springbok emblem.

10. Co-create The movement from the people towards vision is represented by this verb. This occurs when people are enjoined in creating the vision for the company. The UK retailer Tesco, whose leader Sir Terry Leahy famously asked its staff to define its values and what they stand for, is the best example of this.

11. Realise To realise a vision is to draw it down from blue sky thinking to the world of hard facts. This is the movement from the visionary thinker to what is happening when the person at the front desk greets a customer, when the customer opens the box and finds his product is what was promised.

12. Authorise is perhaps the least inspiring of the leadership actions, yet its effects are most pervasive. It represents a movement from vision to policy and procedure. The extreme example would be when a dictator has everybody address him by a particular name, for example, and has those who disobey him executed. Equally uninspiring is former President Mbeki’s Aids policies, that came out of a misguided vision. Brazilian businessman Ricardo Semler is the positive example, claiming to have authorised and empowered his staff to the point where he has not made a decision in ten years.

So we can see that leadership is a set of actions and different actions are relevant at different times, that relevance determined by where you are in any phase of change. To have all of these as touch points and knowing when to use them is one of the keys to balanced, congruent and conscious leadership.

What would you need to put in place to be touching all 12 leadership actions consistently and each one at the right time?