People experience the state of flow twice as often at work than they do at home. So, what’s the big deal about Friday? Find out how work is good for you, and make Monday, yes Monday, your best friend!

IT’S ALWAYS been fashionable—and in many cases it’s probably true—to see work as a grudge activity. The words we use say it all. The grindstone. The salt mines. Sigh, you do it because you have to. And so on. Plus, it’s normal and natural to complain about your boss in some way. No wonder we need motivational speakers, and team-building exercises. And, of course, we all know that their effects never last. There is good news, however, although it may not be what you want to hear.

In the first article in this series, I introduced the matrix of five motivational states that I’ve identified through my work as a high-performance life and executive coach. These states are:

(You can read about these in more detail by following this link.)

Another important thing about those motivational states is that it’s scientifically proven that people experience that optimal state, or state of flow, twice as often at work than they do at home. And yet, what’s everybody trying to do? Get to Friday! Why is that? Well, it’s a clear indication of one of the things that we human beings are very poor at, and that is gathering objective evidence from our own experience. For if you were to be objective, you would see that how you feel after performing a task, especially a challenging one, is that you are quite motivated—at least in terms of the motivational states that have been presented to you, and which, as stated, are distinct from your feelings, or emotions.

Sitting around slows you down

On the contrary, when you sit around for a long time doing nothing, you become quite unmotivated. You drop down below rest and into ennui. Consider people who are unemployed. Apart from the fact that they’re not earning money, they’re also sitting around not doing much. And what happens? They become quite unmotivated. Their behaviour, and even their speech, becomes unfocused and slower. They become less engaged and engaging. If you ask them to evaluate their experience of any average day while sitting around doing nothing, it’s probably not going to score very high. And sure, low mood and depression is likely to follow.

If you’re objective, you’ll see that you feel motivated after performing a task, especially a challenging one.

If you’re insisting that it’s because they’re not earning money, consider this. I’ve been called in more than once to coach men in their forties who have achieved that great goal of making all the money they want, selling out their business for tens or hundreds of millions. And guess what? Very often they’re depressed. In one case, the guy was suicidal. Why? He had nothing to do and so he was sitting around, not being active.

As the primary researcher into the flow state, Mihály Csikszentmihalyi, pointed out, when your mind is not meaningfully occupied, its natural tendency is to focus on what’s missing, on problems. It produces negative thoughts.

The real reason why you feel motivated on a Friday

So, what if the real reason why you feel motivated on a Friday is not because the weekend is coming up, but because you’ve been actively engaged in work tasks that have been getting you into the flow state quite often? Think about it. That’s what’s been going on for all of Tuesday, Wednesday, Thursday and now you’re actually at a level of peak performance.

Similarly, the reason why you feel so terrible on a Monday, apart from the fact that we might have a hangover, is not that you have a week of work ahead, but that you’ve been doing nothing for a day or two, lounging around and losing focus. (And this is made worse by your story that work is bad and rest, or doing nothing, is good.)

Some people may be cynical about this, and sure, there are those who are in dead-end jobs or who are slaves in one way or another. Indeed, that’s another matter and, by the way, it’s one you’re equally responsible for. However, the science really supports this notion and it’s worth exploring by gathering some objective evidence from your own life.

How to gather evidence about your motivational state

How would you do that? When Csikszentmihalyi started the research into the flow state back in the Seventies, it was the days before cell phones and the Internet. He gave his subjects a backpack with a clipboard inside it, and a pager. When their pager beeped, the subjects had to take the clipboard from the backpack and note down what they were doing and report on what they were experiencing.

What if the real reason why you feel motivated on a Friday is because you’ve been busy and getting into the flow state quite often?

If you did this for yourself, and asked your people to do it, you’d probably all find the same thing: that you’re more motivated and in a better overall state of mind when you’re at work, or when you’re busy, than when you’ve spent too long in the rest state and dropped down into ennui, or boredom.

Work is good for motivation, so don’t stop, even if you win the lottery

Now, here’s the thing. You probably think that you want to win the lottery and then spend the rest of your life doing nothing. However, if you look at it, there’s a very good chance you’ll become depressed, and not because of all the fake friends who’ll suddenly pitch up. It’ll be because you’ve gone off the boil.

So tasks are good for you, and work is good for you. Yet, if you’re like most people, you have this story, or narrative, that doing nothing is better than being active. At work during the week, you’re reluctant to do certain tasks that you rate as unpleasant, or unnecessary; then, at home on the weekend, you’re just as reluctant to sort out that mess in the garage, or file your accounts, or digitise your photographs.

Therefore, if you ever do win the lottery, I say, be grateful to have that money in the bank to feel secure with, and then go back to work. Invest the money, let it be your retirement fund, and maybe take a holiday or two, but otherwise, I hope you’ll continue to engage constructively at work, simply because it produces a much better state of mind.

Any task or activity can get you motivated

And before you say, Yes, but it has to be the right job, the right task, consider this. The science shows that you can get into the flow state with many more activities than you would think possible. In fact, Csikszentmihalyi says that often you need an incentive to get you started with an activity that ultimately proves to be satisfying. This means that sometimes you just need to get started and then, once you’re positively engaged, you find—if you’re objective about your experience—that you can and do enjoy it.

Sure, some people prefer to work on their own and get into the flow state more easily than when having to collaborate on a team. Others are happier out there with people than sticking around and doing all the paperwork. So, yes, you can work—and get people to work—in a way that aligns with those strengths and those personality attributes. However, when you have to do that other thing that you’re not so happy about, you can trust that if you just get on and do it, you’ll end up enjoying it, even if you are reluctant to admit it. Likewise, as a leader, you can leverage this fact when people complain about having to do something. Just give them a clipboard and send them on their way! 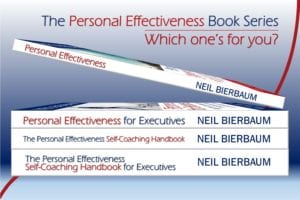 For more information and/or coaching on The Five Motivational States try any one of the following options:

SPECIAL LOCKDOWN OFFER: 50% OFF EVERYTHING*!

All the products (books, fast-track video series, self-coaching online courses) on this website are available at a 50% discount during lockdown!

PLUS! If you experience, or have experienced, a genuine loss of income* as a result of the coronavirus crisis, you may claim 50% off any Life Coaching or Coaching for Men package, both during and beyond the lockdown period!

Use the coupon code LOCKDOWN when you check out!