It’s day four of the 25 best quotes from the Discovery Invest Leadership Summit 2012. I’m releasing five a day throughout this week. Today the highlight has got to be Tesco’s Sir Terry Leahy on how CEOs can find out the truth, and Adrian Gore on the possibility of a company like Apple being birthed in South Africa. Submit your summary of any theme, and if yours gets chosen I’ll publish it next week so you can win bragging rights over your peers!

“It’s difficult in an organisation of tens of thousands of people for the CEO to get an honest, common view of the organisation and its circumstances, as others see you. All the info coming in from the outside world is screened and edited and by the time it gets to CEO’s office it bears no relation to reality at all. The CEO can become completely isolated from how customers and competitors see the business. Customers seem to have less of an axe to grind than consultants and employees. I went to thousands of customer panels and sat in the back and listened to them talk about their lives and then about Tesco and just by listening they gave me a strategy. … Customers move faster than industries, they can just change overnight and businesses struggle to keep up. Tie your strategy to the customer and they’ll take you where you need to go.”

Garry Kasparov #4 | On risk and reward

“For 500 years [through improved technology] we’ve always been moving faster and reaching higher. But the jet I arrived in yesterday moved at the same speed as jets did in 1969. At this rate our grandchildren will fly at the same speed as our grandparents did. In fact slower since they decommissioned the Concorde. We think we’re getting smart, but we’re reducing risk. The last time a man walked on the moon was forty years ago. Yet the entire computing power of Nasa then was equal to one iPhone. So we can throw a man on the moon or we can throw dirt at pigs (referring to the game Angry Birds).”

Michael Porter #4 | On the need for change

“We’re at a very dangerous and awkward moment in terms of the way in which business connects into society. The relationship between the two is being strained by growing awareness that we need major societal changes. It’s an important time to bring some fresh new thinking, from business and also from government and NGOs, to create a different relationship between them.” 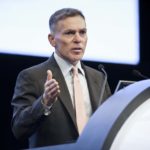 “Could we in South Africa have built the A380? No, its development was spread across countries and continents. Boeing has 20,000 engineers. South Africa produces 5,500 a year; if we had to try [to build the 777] it would take 40 years. Apple, on the other hand, could have been started here in South Africa and if it had, it would have increased our GDP by 20%. We are below the world’s average GDP. If we had an Apple we’d leapfrog the world average.”

Pravin Gordhan #4 | On the need for inclusivity 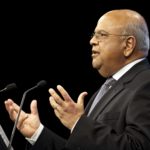 “We have reached a point where looking at the world in silos [of economics separate from politics] is very dangerous. The link between political and economic institutions is crucial: both must be inclusive. They should not extract benefits for small interest groups and impact the rest of society by depriving them. It’s clear that unless the world and we in South Africa find a solution to economic inclusivity we will have serious fault lines within the country and world … the contradictions of production and consumption, capital account differences, the haves and have-nots.”

Tony Blair #4 | On government in Africa

“Africa was a big part of my premiership and after. I’m optimistic about it. The biggest challenge is governance. If you can get that right, then what is happening today in South America can happen here in ten to fifteen years. … It’s about focus, prioritisation and delivery and a far greater participation between the private and public sector. If you want your country to grow today, look around the world and see what works: the rule of law, infrastructure, reliable business environment, education, which I believe needs to be done differently, and making the finished product, not just exporting the raw material. Focus on priorities and focus on getting the job done. The psychology that creates a successful country is the same as the psychology that creates a successful company: an eagerness to work hard and let no prejudice get in the way of getting the job done.”