The newspaper reviews would have you believe that this movie is an inside view on how the masses get swindled by the moneyed few. If you go in there with that jaundiced view then of course you’re going to find all the evidence you need to support it. 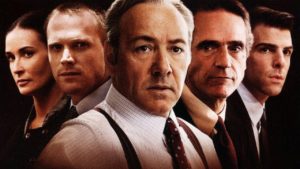 THE STORY is in fact much smarter than that. The action happens over a 24-hour period on the day that the music stops, inside one investment bank whose big cheese, John Tuld (played brilliantly by Jeremy Irons) gets called in to assess the crisis and makes decisions with astonishing speed and clarity, decisions that put him in conflict with his senior management. When challenged, he is clear and unwavering and you get the sense that he also has knowledge of a bigger game that’s being played out there in the world that he moves in, that nobody, not even his CEO or senior staff, have any real knowledge about. The speed and clarity of his decision making comes from his very clear and singular mandate.

The public – those of us who have pointed fingers at the bankers – get put firmly in our place through one particularly candid observation by senior trader Will Emerson (Paul Bettany). Anticipating the public backlash, he notes how everybody, including the masses, were enjoying the ride that the credit spree, created by the bankers, gave them.

More poignantly, it shows how the people who found themselves as bankers on the day that the bubble burst were simply the executors, doing their job as every other person in history has had to do – and for the same reasons: mostly because they themselves needed the money. In a speech given by Tuld (Irons) to a long-serving senior staffer Sam Rogers (Kevin Spacey), he shows how this is a movement through history that has happened many times before. And when you listen to the dates you realise that it’s been happening with greater frequency, lending credence to the view of time expressed by the Mayans through their infamous calendar: that as we approach 2012, more and more cycles of human social transformation will fit into shorter and shorter spans of time. The dates that Irons lists are first centuries apart, then decades apart, then mere years apart. Either they knew something, or we’re just getting more and more greedy.

It’s an intelligent movie about the people who find themselves in the boat, riding the wave of history as it happens, when there is no time to stand back and judge, only time, as Irons points out, to react. We are all tiny fish in a big sea and it’s easy to stand on the outside and point fingers, much more difficult when you find yourself in the middle of it. 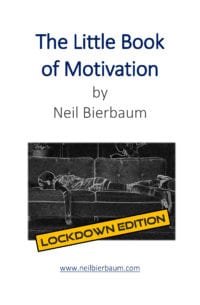