Welcome to the Wisdom 101  Series! 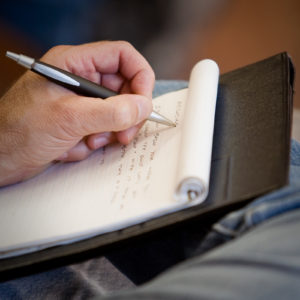 This is a series of short, structured aphorismic pieces that offer an ontological perspective on a range of issues.

Ontology is the study of the nature of being. You can think of an ontological perspective as being akin to having the common sense of a Zen monk. Things are made clear because you have been mindful to remove your own personal, cultural or intellectual interpretations. You see things as they are and are not afraid to call it.

Essentially, good coaching delivers this type of perspective. There are those moments in a coaching session when everything goes quiet. You stop thinking and analysing and you see things for what they are. The problem is clear and the answer presents itself.

Hopefully you will experience some of those moments when reading this series.

Want to get your own copy, or give it as a gift? This entire series of 52 posts is also available as an eBook on Amazon, or you can order a printed version here!

WHAT IS your truth? Does such a thing even exist? Take an example from your own life, if you dare to: identify one thing you’re currently doing for the sake of maintaining appearances. Perhaps it’s a business partnership you want to get out of, but you don’t and you have a hundred reasons why not. How much energy is it costing you? If you were free to do what you want with regards to that thing, what choice would you make?

Imagine how your life would accelerate if you did that, without fail.

Think of the thousands of further decisions that emanate from every decision you make – the network that spreads like a web before you. Each decision adds another branch in a new direction. If you’re not doing what you want, you begin to resist the spread of those branches; you slow down the progress of your life, and you call it “being in control”.

Acting on what you want inevitably means speaking your truth. Imagine how your life would accelerate if you did that without fail, every moment.

WHEN JOHN F Kennedy told the world that America would go to the moon, he didn’t say maybe, he made a bold promise. When Nelson Mandela became president of South Africa, he didn’t mince his words: ‘Never, never, and never again…’ was how he phrased his promise. How is it that great men can promise things on behalf of nations, of people who haven’t been born yet, and others can’t promise to make a simple project deadline, or sales target? They’ll rather say that they’ll try. About going to gym, they’ll say that they want to, or should.

Observe your language and see how much of it is filled with if’s and maybe’s, and want to’s and should’s. How would your life look if you were to change that and turn those into firm promises and commitments? Being willing to make firm commitments and having the power to keep them is the brick and mortar of self-esteem. If you’re not doing it, or not doing it enough, then you’re losing power daily. Go ahead, test it.